In 2019, more than 70% of the new cars required synthetic oil or blended oil.

While most of the vehicles are meant to drive regularly, there might be chances that they are standing long in your garage due to any reason. It is obvious that most of the car’s component are vulnerable to rust and degradation when long parked without any use. Sometime, you may notice that even the engine become struck and doesn’t start. While most of the components start becoming redundant, does it have any impact on the engine oil as well?

Does the oil sit in the engine also goes bad?

If yes, how long can synthetic oil sit in an engine? Let’s find out!

What is Synthetic Motor Oil?

Synthetic oils are artificial lubricants composed of artificial chemicals and chemical-modified materials like petroleum components. But the base materials are most often crude oil. All added additives and processes of creating synthesized oil vary among producers.

Unlike mineral fuel oils, synthetic oils contain properties such as reducing friction and dirt and improving the performance in engines. Furthermore, synthetic oils are lesser with the contaminants as compared to conventional oils. Hence, synthetic oil leads to the lower engine buildup and sludge.

How Long Does Synthetic Oil Last?

Typical synthetics last from six months to one year or between 7500 to 10000 kilometres without replacement. It’s a rough approximation, and it may vary depending on various factors, including oil brands, car age, and driving conditions.

Artificial lubricants are sometimes used instead of oil, which must operate at high temperatures. Synthetic oils were invented in 1929 to power vehicles and jets. In the first half of WWII, Allied forces limiting the oil supply in Nazi Germany relied on synthetic crude oil as fuel for the German army.

The energy crisis of the 1970s pushed efforts into creating synthetic oil to boost the fuel economy. Some engines, such as jet engines, require synthetic oil.

Conventional motor oil degrades faster as compared to synthetic oil. Motor oil comes with an expiry date, and thus these go bad over time by just sitting on the engine. Their efficiency reduces over the period, and they fall short in maintaining proper lubrication among the various components moving in the vehicle.

Over time the hydrocarbon and water also break into oil, leading to its contamination. Depending on the presence of additives, the motor oil eventually breaks down. It is why most oil brands suggest the oil change after specified intervals.

Depending on the brand of oil you use and your driving conditions, the motor oil interval varies. While conventional oil brands recommend to change between 3000 to 5000 miles, there are recommendations for synthetic oil change between 7500 to 10,000 miles.

Refer your owner’s manual, if the vehicle is under the warranty. If you are switching to synthetic oil for the first time, you should consider more frequent oil change.

Does oil go bad after sitting unattended inside an engine?

Oil will get worse after sitting unplugged within the engine. Most of the unattended oil inside an engine lasts for six months to 1 year, if the car is not driven much. Even unopened, completely sealed oil in the jug can last up to five years. The internal combustion chambers inside the engine contain acid contaminants and moisture, one of the few reasons engine oils decompose.

Can I change Synthetic Oil every 2 Years?

Synthetic oils typically hold up better for longer periods but are also essential not to exceed manufacturer recommendations for oil changes. On average, it expects to last 7500 to 10000 miles or 6 months to 1 year for the next replacement.

Can you Travel 10000 miles with Synthetic Oil?

Full synthetic oil can easily last up to 10000 miles. The lifespan of synthetic oil also varies and can go to as high as 15000 miles if you are driving under ideal conditions. The standard recommendation even for the most efficient oils is 7500 miles for off-road driving or driving under the extreme weather conditions.

Modern synthetic oils are safe for the aged as well as new purchases. These products are better at protecting and enduring and are no longer made with any chemical compound which can cause damage to older cars.

How Long Does Synthetic Oil Last if not Driven?

The recommended time frame varies typically from 6 months to 1 year if the vehicle is not driven for long, much on short trips or many miles.

Most synthetic oils are designed to last for 7500 miles to 10,000 miles or 6 months to 1 year under normal driving circumstances. However, if your vehicle undergoes severe driving conditions, you need to change the oil frequently.

The breakup of engine oil is faster for vehicles that run less than 10 miles a day. The reason is that the engine is not heating up to such high temperatures to boil off the accumulated condensation. In that case, changing the engine oil frequently is highly recommended. 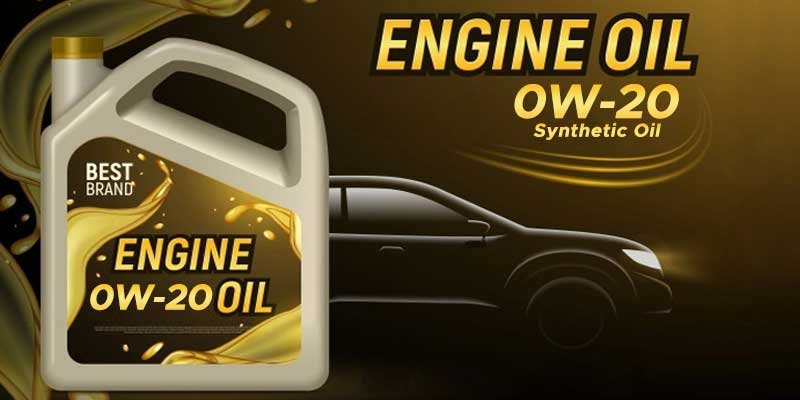